Lucerne Valley, CA — The weekend of June 5  saw a great turnout for for the third event of the 2021 MORE season as 117 race teams converged in Lucerne Valley for the McKenzie's 250. The Weddle Perfect 10 Challenge, a special event for Class 10 racers, was held in conjunction with the race. As with all Weddle Shootout events this season, the Weddle Perfect 10 Challenge delivered heated action and fun for all.

The Weddle Perfect 10 action started bright and early with qualifying on Saturday morning before the main event. Class 10 teams blazed the 3 mile qualifying loop for top starting positions and the Weddle Top Qualifier check. 1099 Ezra Ebberts earned the first start and a $1000 check for his work. 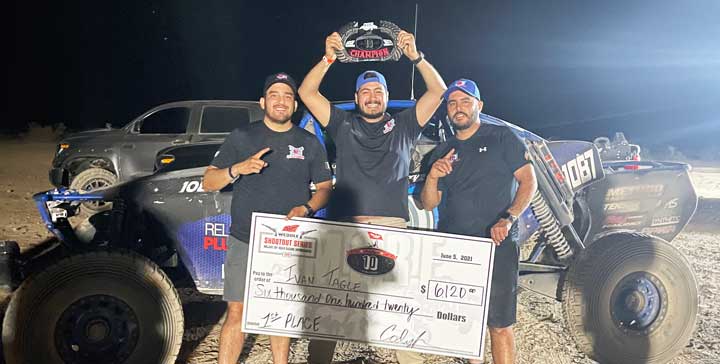 The action for the main event was fast and furious on the 42 mile loop. In the end, 1087 Ivan Tagle was crowned first ever Weddle Perfect 10 Challenge Champion. 1099 Ezra Ebberts finished close behind in second and Tom Coons grabbed the third place check in Weddle S5-equipped 1055. Coons also brought home the $1000 Weddle Fast Lap check. 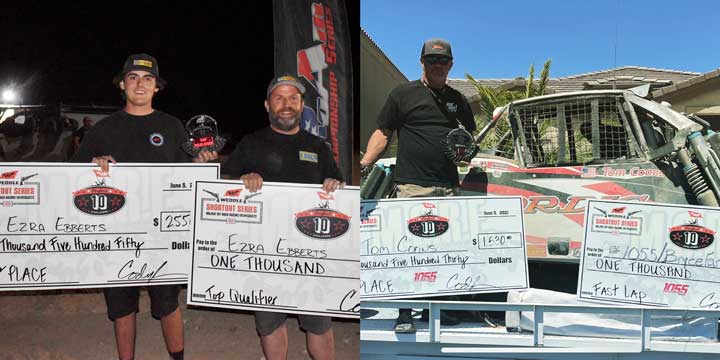 Weddle Shootout Series events are made possible with the generous support from co-sponsors PCI Race Radios, GG Lighting, Mckenzie’s Performance, Pro Eagle, Fluid Flow Performance, SeeDevil Lighting, 239 Films and Sign Pro that donate over $6000 in bonus and product prizes. Just about everyone walks away a winner. Just ask 1003 Nick May, who made it over the finish line with help from a pair of ratchet straps to earn him the 9th place prize and the Pro Eagle Mr. Perseverance award.

A huge thanks to MORE Racing’s Cody and Danielle Jeffers, all the volunteers, and all of the race teams for making the Weddle Perfect 10 Challenge a success. The last event of the 2021 Weddle Shootout Series will be the Weddle Class 5 Clash, a special event for Class 5U racers held in conjunction with the MORE PCI Radios 300 on September 25. See you there!