Barstow, CA — The first event of the 2021 Weddle Shootout Series was one for the books. Held in conjunction with the MORE Slash X Duel in the Desert, The Weddle Swinger's Ball was a special event for Class 9 racers.

This year's Swinger’s Ball was a whopping battle royale of 23 entries. After the dust settled, 15 vehicles made it to the finish. Thanks to MORE’s Cody Jeffers and our generous event co-sponsors, prizes were awarded to the top 10 finishers. DNFs also qualified for a consolation prize draw. 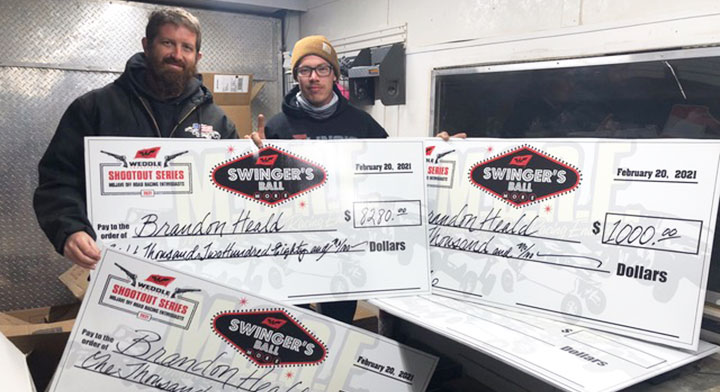 Huge thanks to MORE Racing’s Cody and Danielle Jeffers for all their hard work and making the Weddle Swinger's Ball happen. A huge thanks goes out to PCI Race Radios, GG Lighting, Mckenzie’s Performance, Pro Eagle, Fluid Flow Performance, SeeDevil Lighting, 239 Films and Sign Pro for additional prizes and support. The next Weddle Shootout Series event will  be the Weddle TJ Craig Memorial Sweet 16 Shootout on April 24 in conjunction with the MORE Transaxle Engineering Challenge in Barstow. See you there!