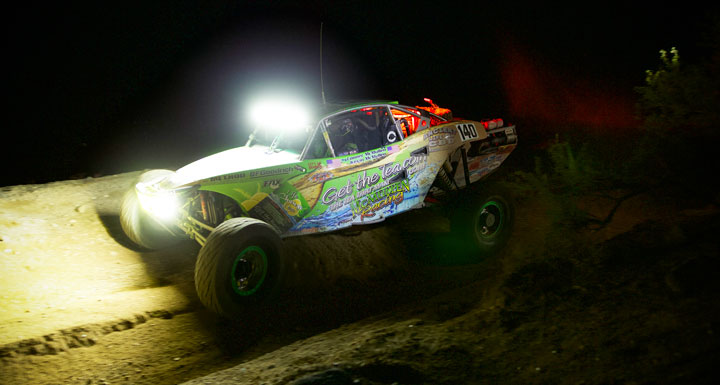 Jean, NV — Racing in the pitch black desert has pluses and minuses. The SNORE Midnight Special gives racers a respite from the brutal summer heat, but navigating dips, drop offs, and cactus in the dark while dodging the creatures that creep out after the sun sets gives desert racing a whole new dimension. With a 9pm start time, racers battle for hours into the night.

SNORE Racers will get a little break from the heat for the rest of summer, but will return in October for the Ridgecrest 300.