Goleta, CA — 2020 has been interesting to say the least. It’s been a year full of ups, downs, twists and turns, but one of this year’s highlights has been our Weddle Shootout Series presented in partnership with MORE to support grassroots desert racing. 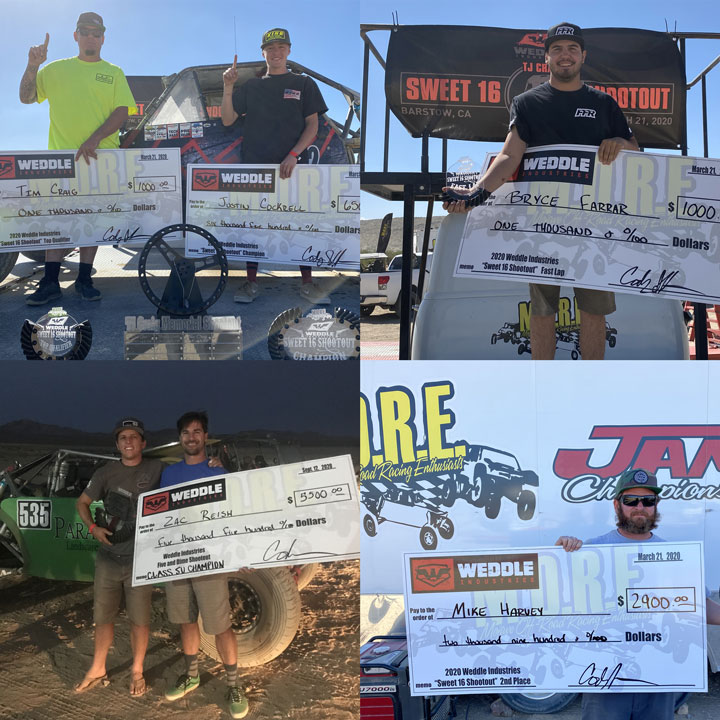 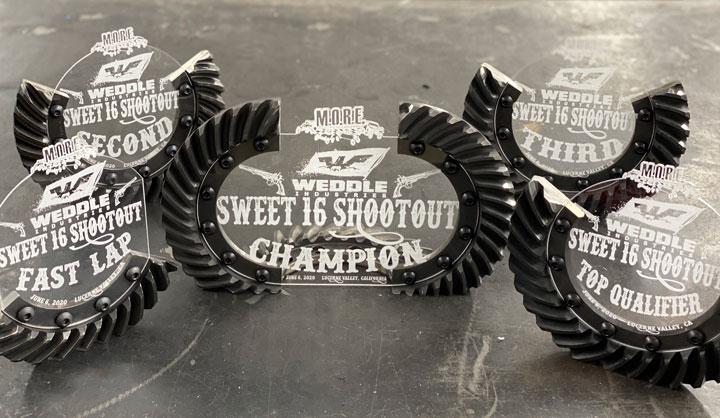 The Covid-19 situation threw us a curve ball mid season, yet through the hard work and sheer grit of MORE’s Cody and Danielle Jeffers, we were able to host a series of special events for Class 9, Class 16, Class 5U, and Class 10 racers run in conjunction with MORE’s Slash X Duel at the Desert, McKenzies 300, and PCI Radios 300. We are looking forward to the 2021 Weddle Shootout Series which will run with select MORE events next year!

We’d like to give a shout out to all the racers that participated and most of all to Cody and Danielle for making it all happen. 2021? We say bring it.

The Weddle Swinger Shootout (Class 9)
January 18, 2020, Barstow, California
Run in conjunction with the MORE Slash X Duel at the Desert